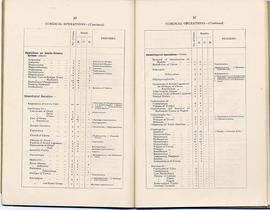 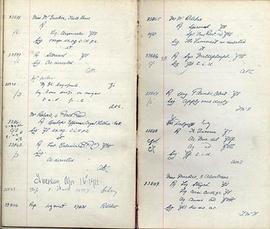 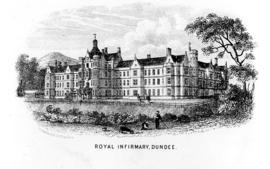 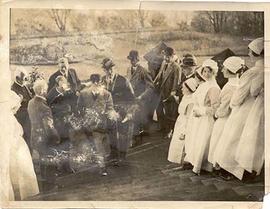 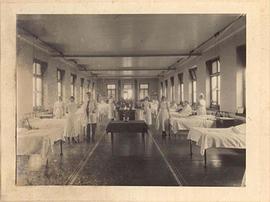 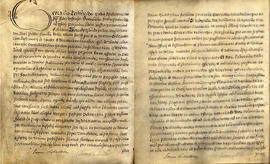 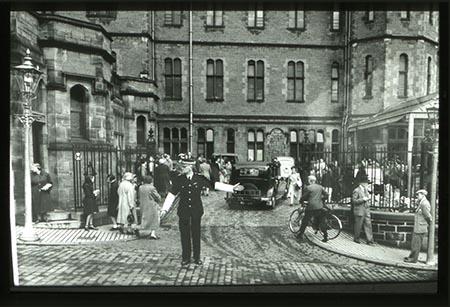 Dundee Royal Infirmary had its origins in the Voluntary Dispensary founded in the city by public subscription in 1782. This proved so beneficial to the community that in 1793 Dr. Small proposed that an Infirmary for indoor patients should be founded. His proposal was realised in 1798, when the first 56-bed Dundee Infirmary was erected at King Street. Only the central portion was built at the time, the wings being erected in 1825-27. The Infirmary was granted a Royal Charter by George III in 1819, establishing it into a Body Corporate and Politic, called the "Dundee Royal Infirmary and Asylum". In 1820 the Asylum was formally established as a separate entity in premises in Albert Street, Dundee.

By the mid nineteenth century the King Street premises were no longer adequate and in 1852 building started on a new site in Barrack Road, near Dudhope Castle. Designed by Messrs. Coe & Godwin of London, it was completed and opened in February 1855, when patients were transferred from King Street. Originally constructed to accommodate 220 patients, later additions were made and the hospital began to diversify its services with new children's, ear and eye, ear nose and throat wards and an out patient clinic. The infirmary was granted further Royal Charters in 1877 and 1898 - the former on the occasion of the opening of a convalescent home at Barnhill and the latter providing for the addition of a maternity hospital.

Records are arranged chronologically within series. 14.5 linear metres have been catalogued and approximately 6-10 linear metres of material are awaiting arrangement.

The records are on paper, microfilm and microfiche.

Descriptive list. Subject source lists and databases are also available. There are handlists for the uncatalogued material.