The McKeans had two daughters: Katherine (Kathie) (1880-1968) and Elsie (b 1883?). Elsie married a local businessman called Arthur Kiel and remained in Germany. Her father retired in 1912 and returned to Scotland with his daughter Kathie – it is probable that his wife predeceased him while they were still in Germany. He lived in Newport, Fife, until his death in 1925. Kathie never married but maintained contact with several people in Germany, some of whom visited her at her home near Dundee in Scotland, including Nellie Bruell (later Nellie Friedrichs). In Braunschweig she was also friends with the children of Alice Thiele-Smith, who was originally from Aberdeenshire and was the sister of the noted Scottish divine and theologian, William Robertson Smith. Alice Thiele-Smith’s daughter Jeannie was a class mate of Elsie McKean Kiel and Ella Pauline Herxheimer (also known as Didi) and all three women maintained their friendship long after their school days. Kathie even in 1922 became godmother of Ruth Thiele, daughter of Alice’s son William. Elsie and her husband left Germany before the Second World War and moved to Britain, though during the War because of their German citizenship they were incarcerated for a while. Elsie McKean Kiel’s son Herwart McKean Kiel (b 1913 – d 1995) fought in the Black Watch regiment during the War. In civilian life he was a photographer. 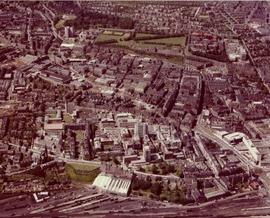