Information about the plate and the plate

Personal letters to Sharp's birth mother, and letters between Sharp and family and friends. Also letters and emails relating to Sharp's professional life

Draft screenplays sent to Sharp by other writers

(1) Brass “tune whistle” used for the initial note during hymn singing, in case
(2) Two printer’s plates of the Reverend John Glas
(3) Wooden spoon with v-shaped break in bowl
(4) Knife with bone or horn handle, made by Hilliard and Co. Sheffield
(5) Tuning fork
(6) Pitch pipe possibly used for giving note to begin hymns
(7) Ladle, probably used to serve the soup given out at church services

Offertory and general accounts, Trust, stipend and partnership papers, all with correspondence

(1) MS timelines of events and background of MR West, G Low, Violet A Low, Evaline A West and other members of the West and Patten family, based on the collection, with copies of news clippings and catalogue description for Holloway Sanatorium, and copy and related letter of GEJA West’s 1951 probate notice, c2015
(2) Sketches and print-outs of the West family genealogies, with copies of emails from descendants, news clippings and biographies, c2014

Guides to university accommodation for students, staff and visitors

Hally and Halley genealogical, research and other original papers

Other Halley family members:
(16) Copies of 1871 and 1901 census pages with annotations relating to Harriet and Dr William Halley
(17) Print outs of William Halley (b1863) WW1 medal card with modern note and other WW1 material relating to Edward Harland Halley, with 1917 and 1919 news cuttings.
(18) War graves printout and snapshot of man in uniform, annotated as Peter Harland Halley, d.1940
(19) Annotated copy of marriage index highlighting Halleys
(20) Modern notes on Robert WO Halley
(21) Photograph of man, woman and dog, with message on revers and annotated as parents of Constance Halley, 1896
(22) Photograph of woman and child on bicycle, annotated as Constance Halley, c1900

Hard copy and electronic draft and versions of screenplays by Sharp and with other writers, many not filmed

Diaries of comments, thoughts and conversations

Notes and outlines for developing stories 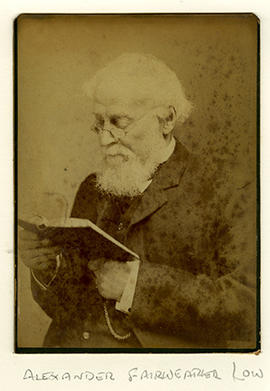 Personal papers, including passport, some correspondence and financial items, probate papers and photographs.

Correspondence, reports and minutes of meetings relating to the Diocese, clergy, the congregation and community
Results 1 to 25 of 3481
Generated: 2022-10-01
2.6